NAPALMED / WORMHEAD / PAREGORIK / ATARAXY (split 7” by Puzzle Records, Meziprostor, Rauha Turva, Vomit Bucket Productions, Underground Pollution Records, and NHDIYSt Records)
Four bands and seven labels are implicated in this mega seven inch, which is a testament to the power of teamwork. We get brief works by four of the more prolific members of the European harsh noise scene – honestly, the combined discography of these dudes would fill a four-volume set. Think of this as something of a ‘state of the union’ address by several bigwigs in Euro-noise. Czech Republic’s very own Napalmed, perhaps the most familiar name here, provides an excerpt from “Tri Dcera Tops,” which tears a hole in your chest wall with its hysterical froth of sputtering noise acrobatics. Wormhead (who runs the gnarly Puzzle label) crafts “Delusions of Persecution” to be as cantankerous and resentful as sonically possible, letting toasty planks of abrasives spar until the whole thing becomes immersed in crud. Paregorik’s exquisitely-titled “Pseudo-Intellectual Trauma” aims straight for the harsh-noise jugular, retching out a serrated caterwaul of low-end mash pierced by an unforgiving, hateful squeal. Last, Ataraxy (who runs Vomit Bucket) goes introspective for “In My Four Walls…,” which I can only assume is a tribute to the Beach Boys’ “In My Room.” Except here the fine harmonies and immaculate melody are sanded down to a persistent glaze of noise: the lone true HNW (no progression, no change) on this piece of vinyl. (MT) 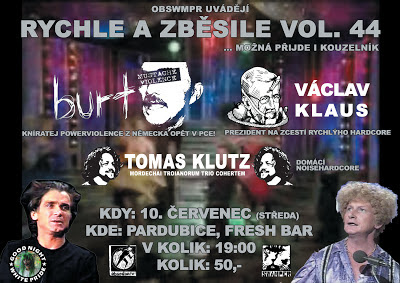 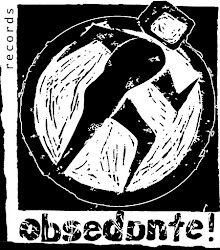